On Aug. 5, 2022, Israel launched another military assault of Gaza. Over three days, the attacks killed at least 47 people—including 16 children—and injured over 300.

In this interview, Gaza Program Officer Serena Awad and Program Coordinator Ali Abdalbari share their experiences from the escalation—and how communities have worked to recover since then. 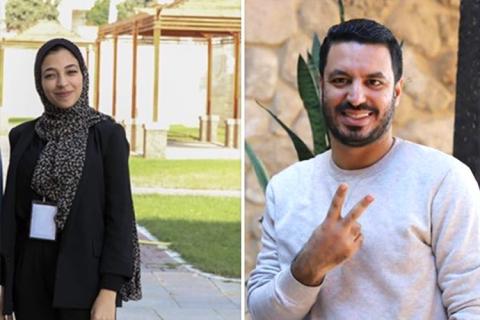 When the bombs started falling

Serena: It started on the weekend. In Gaza the only place people can go to enjoy themselves is the sea. On Friday, everyone was on the beach, hanging out with their families, because it was early afternoon. My family and I were out at a place with a pool and space to play. When they told us that there’s an attack, we immediately wrapped up our things and ran into our cars. We were in the middle of Gaza, Nuseirat. On our way home to the north of Gaza, we were on what’s called ‘Sea Street’ [Share’ al Bahar]. We were seeing everyone in the streets, all the families just taking their things and running to their cars.

It was sudden. We didn’t know what was going to happen.

Ali and I live in the north of Gaza. Thankfully, we were not affected in our houses or our families.

Ali: This escalation was 52 or 53 hours long. But before it finished, they announced three times that there would be a cease-fire. I live on the top of an 11-floor building, and I can see from the east to the north of Gaza. I’m living in an area that is regularly bombed. I was sitting at the window and looking for the bombing to stop at 8 p.m., but it didn’t. They finished bombing at 11:30 p.m.

In this period of time, the hard thing is that we don’t know what is going to happen. We have experience living through more than 20 escalations, four of them we call “wars.” In all of them we didn’t know when they would end. We didn’t know if this would continue with bombings, or if there would also be a field invasion. In the past, my family had to evacuate our home three times because the Israelis attacked the building we live in. We’re always very agitated until it ends. And unfortunately even though it ended this time, it still feels that things are not over, and that Israel might soon bomb again.

When you don’t know how long the aggression will last, people normally come together as families, follow the news, and start to think about what to do. The main and first coping mechanism is that families come together and try to support each other. In my family, we try to distribute roles: My father and I provide support to my little sister and brothers, provide food, or prepare a bag of important papers and documents for if we need to evacuate. Sometimes we coordinate with other extended family members if there is a need to escape.

The impacts of losing electricity

Before Israel started attacking, they closed the border for three days. They prevented fuel from entering. They started the operation on Friday afternoon. But on Saturday, there was no fuel for the power plant. This decreased the electricity from half a day to four hours a day.

Cutting electricity reflects on all aspects of our life: providing water, cleaning our clothes. For me I cannot go to my home now because it’s very hot. I cannot really live there, so I just go back around 10 or 11 p.m. to sleep. And this is for us, people from the middle class, who can afford some alternatives. We can pay to dry-clean our clothes, for example. But most Gazans cannot. And on Saturday there was no fruit in the market because [the supply was] finished and Israel did not allow more to enter.

Serena: Every escalation or attack is different from the other. We get to know new bombs, new ways that Israel attacks or bombs Gaza. And this time it was going to be disastrous if they didn't end it— hospitals announced that every service they provide would be out of service in 70 or 72 hours because there's no fuel.

Because before the attack, Israeli closed Erez crossing [the crossing in the north, often used for health emergency exits] for three days. Even people who needed immediate help and people going to the hospital in Jerusalem, the West Bank or ‘48 [Israel proper], were not allowed to leave.

They closed this border for three days. The hospitals were not able—and still today are not able—to provide for the people who were wounded in the bombings.

Serena: Because we don’t have developed machines that remove the rubble of the homes after the bombings, neighbors were just removing rubble with their hands just to reach people who may be alive under the houses. There was someone who died in Jabalia because he went to help a family, and the wall of the home fell down on his body.

Ali: In Rafah, the Israelis attacked a refugee camp called Al-Shaout. It’s a very crowded area with very simple homes. The Israelis had a heavy attack to kill some of the leaders of Islamic Jihad. They destroyed a whole area. A lot of people were missing, including children and women.

The emergency groups, the Civil Defense, tried to find people and provide services to people who need medical services. But they could not enter their vehicles into the area because the streets are so narrow. A person who works as a baker—who is quite poor and lived in a kind of shack—was asked to destroy his house to make room for the vehicles. He did so. He took out his furniture and let them destroy his house to start rescuing people from the area behind.

The story spread that same night. A lot of people from Palestinians in Gaza and around the world collected money to support him, to build his house again. They started collecting money for him and it became a community initiative. This shows how the Palestinian community supports each other in such emergencies.

[When Gaza faces attacks], there are a lot of community campaigns that happen usually. Not only from organizations, but sometimes students at the universities, sometimes from the Palestinian factions themselves, sometimes from local communities. Palestinians regularly do this work. Some of the biggest local Palestinian organizations started as initiatives in the First Intifada. And they’re continuous until now. So we have the ability to support each other, especially in these kinds of emergencies.

On returning to everyday life after the attacks

Serena: [In Gaza,] we don’t have post-traumatic stress disorder (PTSD); it’s continuous. I know a kid who wasn’t even able to speak after the last war. During the latest attacks, everything that he was recovering from came back. He now can’t even sleep or speak. That’s why there is continuous organization and groups working in this field to help people dealing with trauma.

Everyone is now getting back to their work, to their jobs, to their universities. Schools are going to start at the end of this month. We are forced to go back to life. We don't have the choice to take a break or have a week to recover, because the attacks on Gaza are continuous. 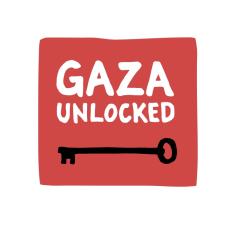