55 years after Six-Day War, we must move beyond partition and Apartheid

This week marks 55 years since the Six-Day War in 1967, when Israel occupied the West Bank, including East Jerusalem, Gaza, and the Syrian Golan.

Over the past 55 years, Israel's occupation has transformed into a system of apartheid that denies Palestinians their basic rights regardless of their location. More than 40% of Palestinian men have been imprisoned over the course of the occupation, locked up by an unjust military court system that has a 99.7% conviction rate. Over 50,000 Palestinian homes have been destroyed since 1967. Torture, beatings, detention without trial, assassination, displacement, dispossession, movement restrictions, limited access to resources—these are the abuses that have become routine as a result of the occupation.

The occupation is dehumanizing to both Palestinians and Israelis, and it must end.

But as we talk about 55 years of occupation and what it means, we must also reflect on the last 29 years of failed negotiations and ensure that when we call for change, we do not simply call for a return to the same processes that have led to a further entrenchment of the occupation. We must understand that to date, all international efforts to end the occupation have placed as their central goal the finalization of the partition process, which was set in motion by the 1947 U.N. Partition Plan. However, the occupation of 55 years ago is itself a product of the failed partition that began 70 years ago—and the injustice that was core to that process. And partition itself was also just a symptom of the Settler Colonial process that led to the creation of Israel. Attempting to bring peace by completing partition fails to acknowledge the colonial processes that led to partition and the fundamental injustice created by partition.

To move forward now, we must move beyond partition. We must understand that peace will not be achieved through the building of walls, the segregation of people, and the dividing of populations.

Peace will come when apartheid is ended, justice is achieved, and all people are free. These goals—freedom, justice, equality— must be what we seek as we work to realize peace between Palestinians and Israelis. 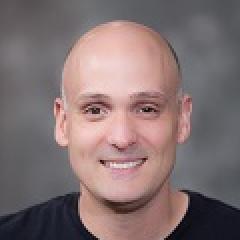