Growing up under siege – What does the experience of children in Gaza look like?

Children living under military occupation in the West Bank and Jerusalem are haunted by the specter of arrest, detention, and settler violence. Their daily lives, their experiences as individuals and an entire generation are shaped by that brutal reality. 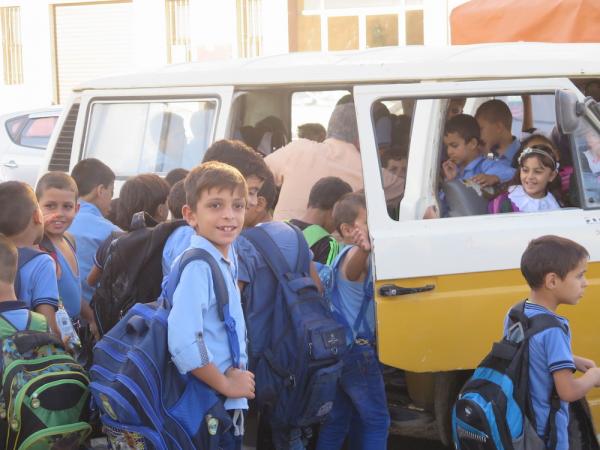 Children living under military occupation in the West Bank and Jerusalem are haunted by the specter of arrest, detention, and settler violence. Their daily lives, their experiences as individuals and an entire generation are shaped by that brutal reality.

Not far away from the West Bank, in the occupied and blockaded Gaza Strip, the tragedy is not that different.

Palestine’s most youthful population lives in the Gaza Strip. According the Palestinian Central Bureau of Statistics, children constitute 49% of the population of the Gaza Strip. There are almost one million children in this tiny, isolated, and miserable region.

Although Israel does not have direct presence within the Gaza Strip, the laws of occupation apply on Israel’s relationship with Gaza since it has effective control over the territory of Gaza and the lives of those who reside within it. Israel controls land crossings, air and sea and projects its power in these areas.

What does the experience of Palestinian children look like in the Gaza Strip?

For children who are half way through their childhood, or those about to become 18 years old, they have seen nothing in this world or in this life but blockade, war, and isolation.

Almost eight years ago, following the Israeli military attack called ‘Cast Lead’ against the Gaza Strip, which resulted in thousands of Palestinian casualties, I participated in the preparation of a UNESCO study on the psychosocial assessment of education in Gaza. The study included conducting research with children in schools. On the survey there was a question for the children: where do you see yourself in ten years from now? Some of the answers said: “famous football player, a doctor, an engineer”, but there were other answers. Very depressing ones such as: “in the grave.”

It was shocking even for me who lived in Gaza that children can make such powerful statements, even about a future they do not feel they will ever live.

To make since of what does the experience of Palestinian children in Gaza look like, it is worth walking through the last ten years in the life of someone who is about to become eighteen in Gaza.

If you are about to become eighteen years old in Gaza today, you were seven or eight years old when the blockade was imposed by Israel back in 2007. This happened after your parents voted in the last democratic elections to be held in the Palestinian territories. The results of these elections were that Palestinians would be isolated, and Gaza would live under a policy of imposed blockade, nothing short of a collective punishment, simply because the results of the elections were disliked by certain players in the international community.

In 2007, as a seven-year-old, you will live through the hell of Palestinian in-fighting between Hamas and Fateh political parties as a result of the inability of the international community to handle the results of the elections. In the same year, the Gaza Strip would be sealed off and a brutal blockade would start, affecting every aspect of people’s lives.

In the same year, the electricity crisis and shortage would begin to intensify, especially after the Gaza Power Plant was bombed by the Israeli military in 2006. Your nights will become dark and you will do your homework on candlelight. You will hear of neighbors and relatives who lost their lives due to fires caused by candles and exploding low-quality generators. One of my college professors lost three children (a 14-year-old and eight-year-old twins) after their generator exploded in their home.

Fuel would become scarce, halting transportation and making it harder to run generators at night. And when generators become the alternative due to the power crisis, entire neighborhoods would suffer from noise pollution.

It is almost the end of 2008. One long year since the blockade started, you’re eight years old now. Things are either stand still or going from bad to worse. Will things improve?

It’s Saturday, December 27th, noon time. You’re about leave your school’s first shift. Schools operate according to two-shifts-a-day system to accommodate the large numbers of students. You and 40 class mates are about to leave school. Suddenly, the earth starts shaking, glass from windows scatters all over your heads, a howling sound almost crushes your young ears. You look around, pillars of fire and smoke erupting from every corner around you. Should you run home? But what of your friends? Your mother meets you halfway as the bombs are falling. There is no way to hide, no shelters, only you, the ceiling and tons of explosives turning your night into daytime, and the quiet of the night into a living hell.

Operation Cast Lead ends as you enter your ninth year. You’re traumatized, you walk into your classroom, there are photos of your classmates, your friends, who were killed during the operation. Unlike the cheerful classroom scene we are all accustomed to, with colorful educational posters displaying advice for children, grammar lessons, multiplication tables, and artwork made by students, Gaza classrooms are now a site to mourn the dead, with posters of children killed in the most recent Israeli bombardment.

What of your trauma? What of the burdens inflicted by long days and night of nonstop explosions? Scenes of blood? Destroyed houses? Photos of lost relatives?

Nothing. You move on, you don’t have a choice. As the war ends, you are faced again by the reality of living under siege. There, under siege, days pass heavy and slow. For people in Gaza, siege is slow death. The difference between being bombed and being besieged is just about the pace of death.

According to a recent report by Save the Children, “95 percent of young people in Gaza showed deep psychological distress.” For 78 percent, “the single biggest source of fear was the sound of warplanes.” And for these children, so-called ‘Cast Lead’ was not the only major aggression they’d experience. In 2012, Israel launched so-called operation ‘Pillar of Defense,’ and 2014 operation ‘protective edge’ and in both aggressions, thousands of Palestinians were killed, houses destroyed tens of thousands injured, and many would suffer from permanent disabilities.

In operation protective edge itself, which lasted 50 days between July 8 and August 26, 2,220 Palestinians were killed, including at least 1,492 civilians, according to the United Nations Office for the Coordination of Humanitarian Affairs (OCHA). Our colleagues at DCIP, verified the deaths of 547 Palestinian children among the killed in Gaza, 535 of them as a direct result of Israeli attacks. Nearly 68 percent of the children killed by Israeli forces were 12 years old or younger.

As a result of constant bombing, collapse of public services, isolation, inability of people to travel, and a blockade that creeps on every aspect of people’s daily lives, these things led to decline in quality of education, many children have abandoned schools. In the 90s, school enrolment rates in Palestine outmatched almost the majority of Arab countries, today the rates went down to 92% and this mainly is caused by fading hope in any future. These children grow up in a society where unemployment rates, according to the World Bank, stood at 44% in the Gaza Strip. More than 60 percent of those aged between 15 and 29 in Gaza are out of work.

The majority of people from my generation have never stepped foot outside of the Gaza Strip. The Gaza Strip is about twice the size of the District of Columbia. The Gaza Strip is forty-five kilometers long and ranges from five to twelve kilometers in width. It’s a place with the highest population density in the world, home to two million people, seventy percent of whom are refugees, living in eight refugee camps. The majority of people in Gaza are dependent on aid as Gaza’s economy, mainly the industrial and agricultural sectors have suffered enormous losses and destruction as a result of years of blockade and military aggression.

And Gaza’s seashore, which is the only natural breathing space and outlet for relief, has become a polluted swamp. As a result of the energy shortage, equivalent to 43 standard-sized Olympic pools of untreated raw sewage is dumped every day into the Mediterranean Sea. Back in the days, kids going to the beach would be an exciting event, now it’s no longer the case.

The past ten years in the life an 18 years-old looked like what I just described in a few words. For them, every hour, every minute, every second is fused with misery, burdened by their constant attempts to survive a blockade with no end in sight.

How is it acceptable that in 2018, Gaza's residents have to spend so much of their time worrying about access to their basic rights and survival? In the last few months, people in Gaza marched peacefully to shed light on their plight. Their Great March of Return was met by bullets, tear gas charged from drones, and so-called butterfly bullets that rendered many youth with permanent disabilities. Amongst the victims were 15 children, who saw nothing in the past ten years but war, siege, and misery.

The United Nations has declared that by 2020, Gaza will be "unlivable.” The blockade creates a slow, collective death. What will it take to convince the international community that the people of Gaza, like all people on this Earth, deserve to live in dignity? 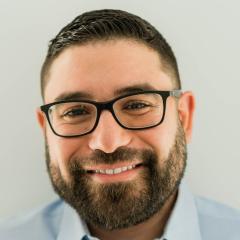 Jehad Abusalim is a scholar, writer, and public speaker completing his PhD in the History and Hebrew and Judaic Studies joint program at New York University. He has worked with AFSC since 2018. He contributed to other anthologies including Gaza as Metaphor (Hurst Publishers, 2016) and Palestine: A Socialist Introduction (Haymarket Books, 2020).